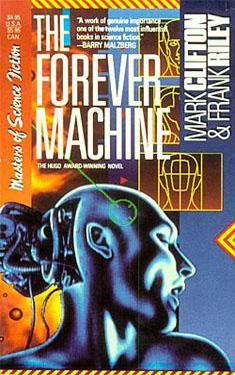 This is one of the first books I read when I formally decided to read all the Hugo winners, but well before I decided to write my own reviews.  So my memory of specifics is a little shaky.  What I do remember is my emotional response to this book.  I was very disappointed.

I read this book after The Demolished Man, and thought that there was fan-orientation toward voting for books about ESP, or psi.  I thought this orientation was the only way this book could win, because it was soooooo badly written.  As with other co-authored books I’ve read, I could definitely tell when the author had changed.  It was usually when the writing went from bad to worse and back to just plain bad.  This being the second Hugo winner, I for some reason expected it to be great.  I mean, really, this was the time of great science fiction, right?  Instead, it was a terrible experience.

To be honest, there were times when I started to get into the plot, but then there’d be a change in writing style and I’d become disoriented.

What I didn’t know while I read this book was that it was a front for Dianetics.  I thought the basic premise of the book was original:  a specific type of mental therapy using an AI device programmed by geniuses can free you of your issues and make you young, beautiful, and immortal.  I could buy the science fiction of it.  I could willingly suspend disbelief.  What I couldn’t do was accept this as someone’s propaganda for a religion (or philosophy or cult, whatever you want to call it).

As I will illustrate in future reviews, I love SF and fantasy that explores, critiques and plays with theology and religion, as found in the books of Roger Zelazny and James Blish.  I can even appreciate and enjoy books which promote the author’s philosophies like the free-love cults in Heinlein’s works.  What I don’t like is being suckered into a story that’s a propaganda front for religion.

I originally gave this book 2 stars, but dropped it down to one when I discovered the premise was not original.  The one star is for the few parts that worked for me: the action sequences, the applying of the therapy, and scenes involving the hiding of the patient.
Posted by Stephen P at 10:29 AM