I was very confused by this book.  I got the gist of it, but I didn’t understand the point of the main story line.  So, the premise is that aliens visited the earth without us detecting them, and left detritus, akin to the garbage left after a picnic.  The main plot follows a young man, Red, who is a “stalker”, someone who goes into the Zone where the detritus is left, and collects these artifacts.  He then sells it on the black market, and even to the institute founded to study these artifacts.  It’s all very interesting, but just didn’t work for me as a novel. 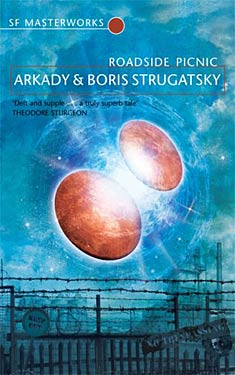 I think the point of the story was that Red was an average guy, just trying to make a buck to support his family.  It was the only thing he knew how to do, so he did it, and he was good at it.  He braved all the dangers in the Zone, like gravitational anomalies, corrosive slime, and reproductive mutations, to bring back the treasures he could find there, risking fines and imprisonment for going into the Zone unauthorized.

What I didn’t care for was Red’s nature.  He was an angry young man.  As a characterization, it was very good, but unlikeable.  He cursed and fussed and insulted everyone and everything.  He wasn’t a good-natured soul.  When a book’s main character is so unlikeable, it’s hard for me to like the book.

The book is very short, barely 200 pages.  It’s divided into four chapters.  The premise isn’t revealed until the third chapter.  I think if I hadn’t read the summaries of the book, I would have been pretty lost.  I thought that the first two chapters would have been very difficult to understand without knowing the premise.  It’s also important to note that this book was written in Russian, so the prose is quite a bit different than an English language novel.  The translation I have is direct from the Russian.  An earlier translation was from the German and apparently not as accurate.  I believe this translation includes much of the language that was censored by the Communist Party.

One reviewer I read said that this book isn’t for the lazy reader, and it is not.  It requires concentration, attention to detail, patience, and a tolerance for ambiguity.  I think I’m a lot less tolerant than I used to be.  I still give this novel three stars because of the premise.  The aliens aren’t benevolent or aggressive.  They’re simply indifferent.  Their trash is our treasure, and it’s we who must come to terms with who we are as we react to them.

The Name of the Wind

Wow, what a terrific book.  I really needed a killer book like this one right now.  It’s the first book in a long time that I can say produced a deep emotional response for me.  Everything came together for me: the writing style, the story, the characters.  It was simply one of my best experiences reading in a long time. 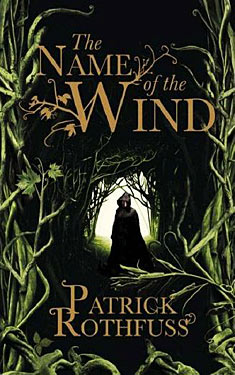 I have to admit, the book started slowly.  It’s a story within a story and the framing was a bit dry.  It begins with a pub and some of the people in the pub.  I found this rather dry.  A friend of mine actually put the book down because of this beginning.  Fortunately, we find out that the owner of the pub has a hidden past.  A Chronicler enters and the owner, Kvothe, dictates his story to him.  This is where the book really picks up.

This story within a story begins with a boy who lives with his family in a traveling acting troupe.  Life is pretty good.  They meet a mage who joins the troupe and teaches Kvothe how to do magic, aka sympathy.  Kvothe has a real gift for sympathy, as he does for many things.  This all comes in handy when his life is shattered and he must forage on his own.  He becomes an orphan, living in the seamy side of the city, trying to bide his time until he can get accepted into the University, which he sees as his only hope for having a future.

The book is really long, over 700 pages (though not as long as the sequel, which is over a thousand pages long).  However, I found it all to be very necessary.  The world building and the character development are marvelous.  It’s all done at a really good pace and it’s done in the context of the action.  The author conforms to the show me, don’t tell me rule of world building.  Hence, there aren’t long passages of prose describing things.  Now, I like my prose, but in a book this long, I want there to be a lot of action and dialogue to keep me going.  And Rothfuss provides that.  I found only one part to drag.  It was towards the end and involved a lot of waiting.

I even liked the way the book ended.  It’s the first of a trilogy.  The second book is out, but we are still waiting for the third.  Normally, I don’t like finding out a book doesn’t end.  I like the books of my trilogies to be self-contained.  However, I had ten years of knowing about the book and knowing it was the first of a series, so I was prepared for an episodic-type ending.

So all the hype about this book is worth it to me.  It’s a long, but easy read about a likable but cocky teen learning about life the hard way.  It has just enough magic to be a fantasy.  The University setting has drawn comparisons to Harry Potter, but it’s not like the Potter series at all.  If anything, it’s reminiscent of the style of The Lies of Locke Lamora.  It’s warm and intimate.  In fact, I found myself nearly in tears a few times over the plight of Kvothe.  I felt very personally attached to the character even though he’s often full of himself.  I give this book five stars out of five because I got so involved with Kvothe, and also, because it’s the first book I read in a long time where I didn’t zone out in parts.  This book gripped me.
Posted by Stephen P at 11:43 AM No comments: